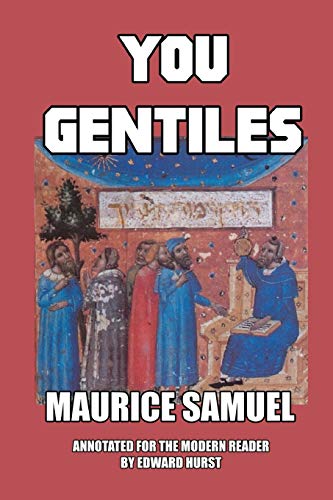 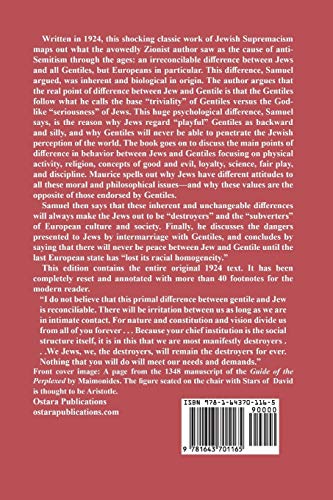 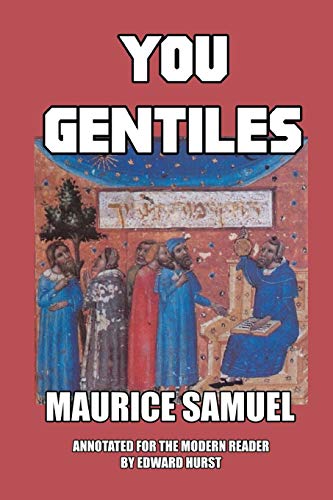 Written in 1924, this shocking classic work of Jewish Supremacism maps out what the avowedly Zionist author saw as the cause of anti-Semitism through the ages: an irreconcilable difference between Jews and all Gentiles, but Europeans in particular. This difference, Samuel argued, was inherent and biological in origin. The author argues that the real point of difference between Jew and Gentile is that the Gentiles follow what he calls the base “triviality” of Gentiles versus the God-like “seriousness” of Jews.  This huge psychological difference, Samuel says, is the reason why Jews regard “playful” Gentiles as backward and silly, and why Gentiles will never be able to penetrate the Jewish perception of the world.

The book goes on to discuss the main points of difference in behavior between Jews and Gentiles focusing on physical activity, religion, concepts of good and evil, loyalty, science, fair play, and discipline. Maurice spells out why Jews have different attitudes to all these moral and philosophical issues—and why these values are the opposite of those endorsed by Gentiles. Samuel then says that these inherent and unchangeable differences will always make the Jews out to be “destroyers” and the “subverters” of European culture and society. Finally, he discusses the dangers presented to Jews by intermarriage with Gentiles, and concludes by saying that there will never be peace between Jew and Gentile until the last European state has “lost its racial homogeneity.”

This edition contains the entire original 1924 text. It has been completely reset and annotated with more than 40 footnotes for the modern reader.

““I do not believe that this primal difference between gentile and Jew is reconciliable. There will be irritation between us as long as we are in intimate contact. For nature and constitution and vision divide us from all of you forever . . . I have no doubt that when Germany and England and America will long have lost their present identity or name or purpose, we shall still be strong in ours . . .  We have joined your capitalistic world in deliberate emulation and rivalry: yet Jewish socialism and Jewish socialists are the banner bearers of the world’s “armies of liberation.” . . . But you feel our disruptive difference most keenly, most resentfully, in our deliberate efforts to change your social system. Seen in the dazzling lights of your desires and needs our ideal is repellently morose . . . Because your chief institution is the social structure itself, it is in this that we are most manifestly destroyers. We Jews, we, the destroyers, will remain the destroyers for ever. Nothing that you will do will meet our needs and demands.”

About the author: Maurice Samuel (1895–1972) was a Romanian-born Jewish writer, who focused on Judaism or the Jewish role in history and society. A leading member of the Zionist Organization of America, he was widely celebrated in Jewish circles, and won many awards during his life, including the Anisfield-Wolf Award in 1943 for his book, The World of Sholom Aleichem; the award of The Saturday Review of Literature in 1944; the 1956 Stephen S. Wise Award; and the 1967 B’nai B’rith Jewish Heritage Award. In 1964 Brandeis University awarded Samuel an honorary degree, Doctor of Humane Letters. On the day of his death, in 1972, Samuel was to have been in Israel to receive the Manger Prize for Yiddish Literature, for which he had been nominated by Israeli President.