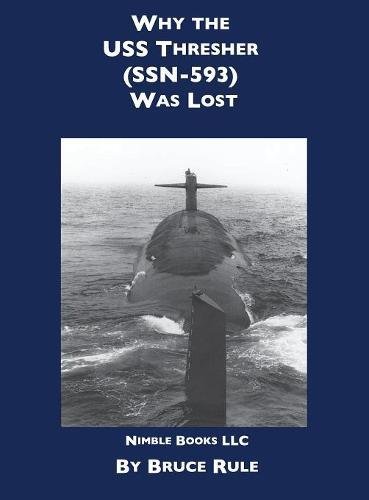 The US nuclear submarine THRESHER (SSN-593) was lost because standard compensation procedures to adjust for hull compression during the deep-dive on 10 April 1963 were not followed. Consequently, THRESHER was heavy (negatively buoyant) at test-depth (1300 feet) and unable to deballast because adiabatic cooling froze moisture in the air-lines to the ballast tanks, blocking those lines.

The Navy Court of Inquiry (COl) dismissed the results of their own test which established conclusively that flooding at test-depth – the COI’s assessed cause of the disaster – would have been a catastrophic
event and would not have been reported by THRESHER to her escort ship, the USS SKYLARK (ASR 20), at 0913R as “experiencing minor difficulties.” Multiple lines of evidence – discussed in detail by Chapter
1 of this assessment – confirm there was no flooding prior to collapse of the pressure-hull at great depth.