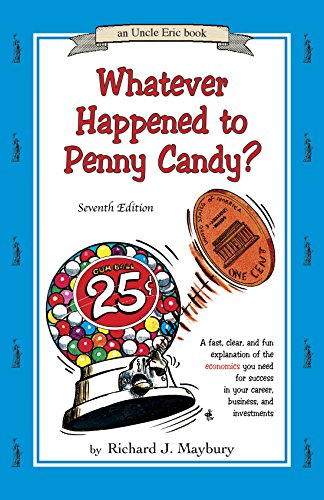 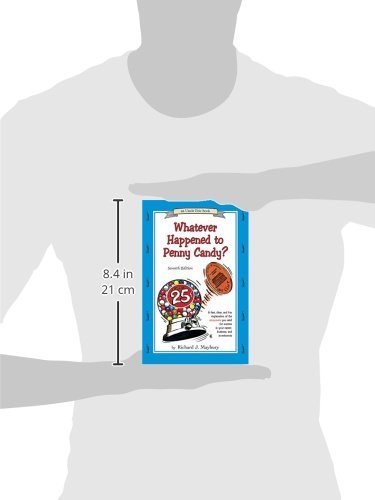 Whatever Happened to Penny Candy? A Fast, Clear, and Fun Explanation of the Economics You Need For Success in Your Career, Business, and Investments (An Uncle Eric Book)

This clearly written, award-winning book about economics is a remarkably easy and fun explanation of money (its origin and history), the dollar (its origin and history), investment cycles, velocity, business cycles, recessions, inflation, the demand for money, government (its economic behavior), and more. All explanations and interpretations are according to the Austrian and Monetarist schools of economic theory.

Using the epistolary style of writing (using letters to tell a story), author Richard J. Maybury plays the part of an economist (Uncle Eric) writing a series of letters to his niece or nephew (Chris). Using stories and examples (including historical events from Ancient Rome), Mr. Maybury explains economic principles, giving interesting and clear explanations of topics that are generally thought to be too difficult for anyone but experts. Mr. Maybury warns, “Beware of anyone who tells you a topic is above you or better left to experts. Many people are twice as smart as they think they are, but they’ve been intimidated into believing some topics are above them. You can understand almost anything if it is explained well.”

Whatever Happened to Penny Candy? is essential for every student, businessperson and investor. It was recommended by the late William Simon, former U.S. Treasury Secretary and is also on many recommended reading lists.

Whatever Happened to Penny Candy?” can be used for courses in economics, business, finance, government and Ancient Rome.

Table of Contents for “Whatever Happened to Penny Candy?”

2. Tanstaafl, The Romans, and Us

Boom and Bust Cycle Since the Civil War

10. The Boom and Bust Cycle

Fear Has Become the Driver

12. What’s So Bad About the Federal Debt?

One Reason Governments Spend So Much

Excerpt from The Long Winter

The Truth About Inflation

How to Invest in Gold and Silver

“Economics: A Free Market Reader” edited by Jane A. Williams and Kathryn Daniels

“Capitalism for Kids” by Karl Hess

“Whatever Happened to Justice?” by Richard J. Maybury