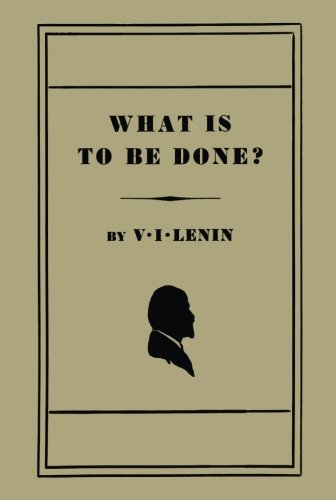 What Is to Be Done? [Burning Questions of Our Movement]

2013 Reprint of 1929 Edition. Full facsimile of the original edition, not reproduced with Optical Recognition Software. In “What Is to Be Done?”, Lenin argues that the working class will not spontaneously become political simply by fighting economic battles with employers over wages, working hours and the like. To convert the working class to Marxism, Lenin insists that Marxists should form a political party, or “vanguard”, of dedicated revolutionaries to spread Marxist political ideas among the workers. The pamphlet partly precipitated the split of the Russian Social Democratic Labor Party (RSDLP) between Lenin’s Bolsheviks and the Mensheviks and is perhaps the hallmark of Leninism.