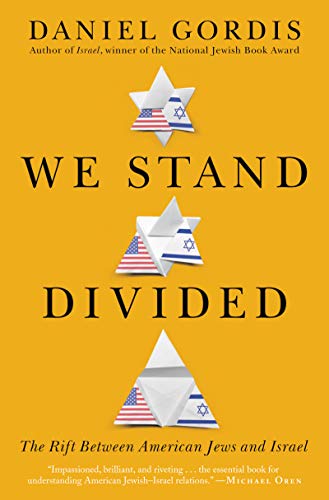 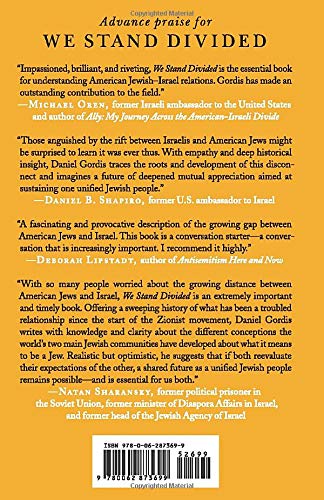 We Stand Divided: The Rift Between American Jews and Israel

From National Jewish Book Award Winner and author of Israel, a bold reevaluation of the tensions between American and Israeli Jews that reimagines the past, present, and future of Jewish life

Relations between the American Jewish community and Israel are at an all-time nadir. Since Israel’s founding seventy years ago, particularly as memory of the Holocaust and of Israel’s early vulnerability has receded, the divide has grown only wider. Most explanations pin the blame on Israel’s handling of its conflict with the Palestinians, Israel’s attitude toward non-Orthodox Judaism, and Israel’s dismissive attitude toward American Jews in general. In short, the cause for the rupture is not what Israel is; it’s what Israel does.

These explanations tell only half the story. We Stand Divided examines the history of the troubled relationship, showing that from the outset, the founders of what are now the world’s two largest Jewish communities were responding to different threats and opportunities, and had very different ideas of how to guarantee a Jewish future.

With an even hand, Daniel Gordis takes us beyond the headlines and explains how Israel and America have fundamentally different ideas about issues ranging from democracy and history to religion and identity. He argues that as a first step to healing the breach, the two communities must acknowledge and discuss their profound differences and moral commitments. Only then can they forge a path forward, together.