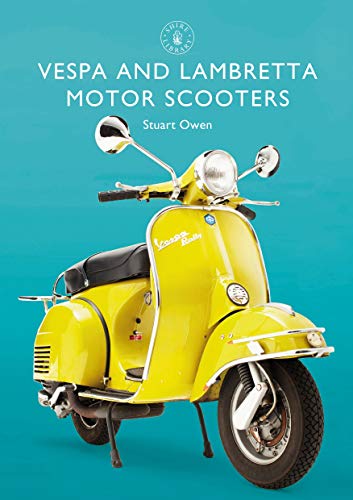 Vespa and Lambretta remain the two most iconic motor scooter brands, even four decades after the latter’s demise. But what made them such a European sensation in the postwar era? And why were they particularly popular in Britain in the 1950s and ’60s? Motor scooter expert Stuart Owen explains the rise of Innocenti’s Lambretta and Piaggio’s Vespa, from the wartime ruins of Italy, through years of plenty as the two manufacturers exploited a ready market for affordable, economic transport, and then their decline into more uncertain times as motor cars trespassed on their success. He also explores the rich history of accessorizing and customizing the scooters, their essential role in the mod movement, and the revival in Vespa’s fortunes following the release of the cult film Quadrophenia.