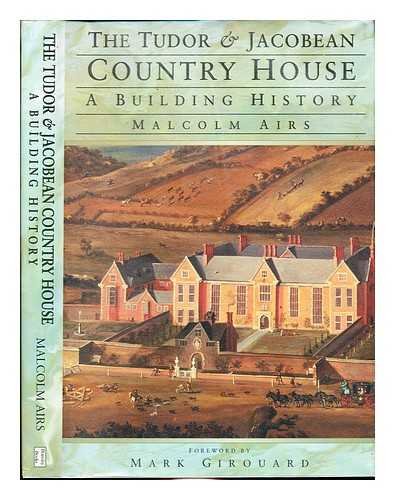 The English country house in its landscaped setting was one of the most exciting and original cultural developments of the sixteenth century. Liberated from the need to build for defence by the establishment of domestic peace and financed by a buoyant economy, the Tudor and Jacobean aristocracy indulged themselves in a frenzy of competitive building which radically changed the face of the countryside, and which has given us an architectural legacy of unsurpassed beauty and mellow charm. Stimulated by the exceptional circumstances of the Elizabethan Court, architecture became a matter of passionate interest and social rivalry characterized by symbolism, allegory and fantasy in a manner that was without precedent anywhere else in Europe.
Against this dynamic background, the book breaks new ground in exploring how country houses were designed and built in an age before the profession of architect had been established. It uses the evidence from contemporary documents to bring the building site to life in a particularly vivid and illuminating way, by examining the motives that influenced the patrons and the problems that were involved in organizing and financing their projects. It sets out the factors that governed the choice of site, the selection and transport of building materials, the detailed processes of design and the methods of construction. The patrons were of paramount importance in shaping the finished form of their houses but they could not have achieved their vision without the vital contribution of the craftsmen and labourers who actually built them.