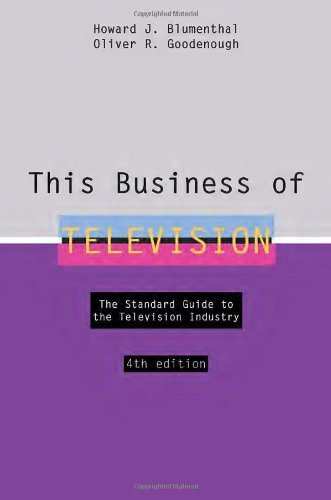 This Business of Television

Broad in scope and rich in detail, This Business of Television has been the essential sourcebook for producers, writers, broadcasters, network executives, and other television professionals since the first edition was published in 1991. And as the television business continues to evolve, This Business of Television evolves along with it. This comprehensive guide to the legal, economic, and production aspects of the industry has been completely revised and restructured to reflect the rapid changes in television today, both domestically and internationally. A user’s guide to television contracts, plus directories of associations, government agencies, and producers and distributors, make this book an invaluable resource for anyone involved with—or simply interested in—the business of television.

• Practical and comprehensive—the only book of its kind!

• More than 300 American colleges and universities have television curriculums

• Revised edition focuses on the changing world market for television