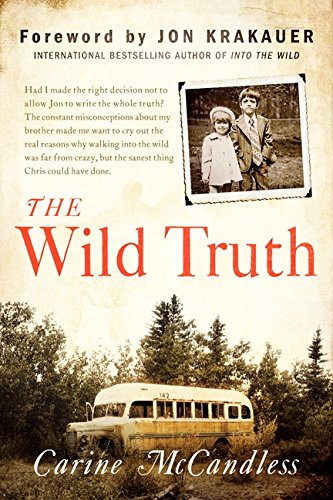 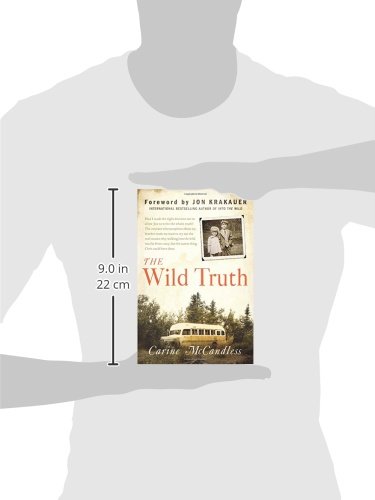 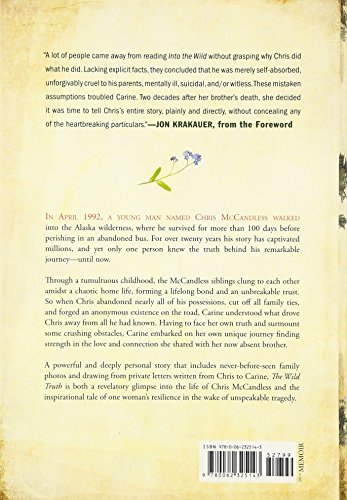 “The Wild Truth is an important book on two fronts: It sets the record straight about a story that has touched thousands of readers, and it opens up a conversation about hideous domestic violence hidden behind a mask of prosperity and propriety.”–NPR.org

The spellbinding story of Chris McCandless, who gave away his savings, hitchhiked to Alaska, walked into the wilderness alone, and starved to death in 1992, fascinated not just New York Times bestselling author Jon Krakauer, but also the rest of the nation. Krakauer’s book,Into the Wild, became an international bestseller, translated into thirty-one languages, and Sean Penn’s inspirational film by the same name further skyrocketed Chris McCandless to global fame. But the real story of Chris’s life and his journey has not yet been told – until now. The missing pieces are finally revealed in The Wild Truth, written by Carine McCandless, Chris’s beloved and trusted sister.  Featured in both the book and film, Carine has wrestled for more than twenty years with the legacy of her brother’s journey to self-discovery, and now tells her own story while filling in the blanks of his. Carine was Chris’s best friend, the person with whom he had the closest bond, and who witnessed firsthand the dysfunctional and violent family dynamic that made Chris willing to embrace the harsh wilderness of Alaska. Growing up in the same troubled household, Carine speaks candidly about the deeper reality of life in the McCandless family. In the many years since the tragedy of Chris’s death, Carine has searched for some kind of redemption. In this touching and deeply personal memoir, she reveals how she has learned that real redemption can only come from speaking the truth.