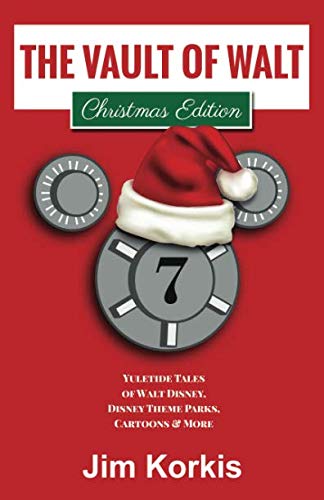 Deck the Halls with Disney!

Those stockings hung by the chimney with care aren’t stuffed with toys this year, but with a Yuletide collection of seasonal Disney lore. Put some extra Christmas (and Disney!) magic under your tree with Jim Korkis’ jolly compendium of merry mouse tales.

The best-selling Vault of Walt series has brought serious, but fun, Disney history to tens of thousands of readers. Now in its seventh volume, the series features Disney historian and master storyteller Jim Korkis’ meticulously researched, entertaining tales about Disney’s films, theme parks, and Walt himself— and this time they’re brimming with holiday cheer:

And best of all: you don’t have to wait until Christmas morning!