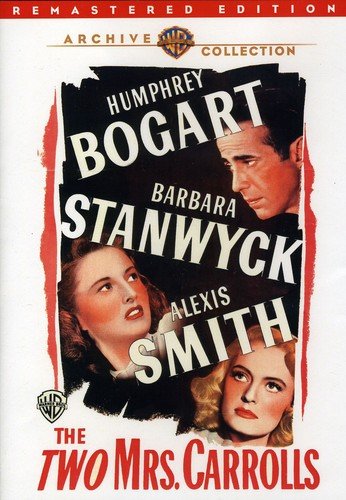 Matrimony means different things to different people. For temperamental artist Geoffrey Carroll, it means he’s in his element. And out of his mind. In their only screen pairing, two of film’s all-time greats star in a psychological thriller rife with pelting rain and pealing bells, blackmail and murder, calculated dread and an unnerving finale. Humphrey Bogart portrays Geoffrey, who’s making a habit of poisoning one wife and marrying another when the former no longer inspires his canvases. Barbara Stanwyck plays his current wife Sally, who puts two and two together and comes up with six – as in six feet under, the place she’ll be if she continues to accept the glass of milk Geoffrey regularly offers as a nightcap. Alexis Smith also stars as a predatory neighbor who becomes the object of Geoffrey’s thirst for feminine variety. Drink up, thriller fans!