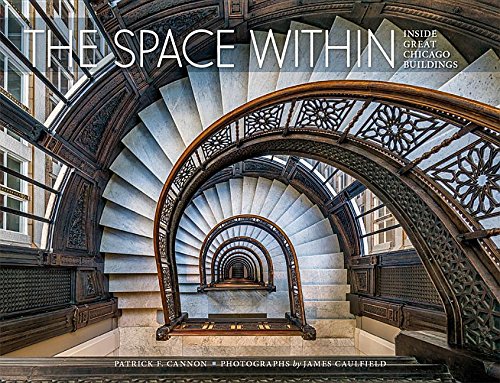 The Space Within: Inside Great Chicago Buildings

For the first time, the interiors of some of the Chicago area s greatest buildings, designed by celebrated architects, are brought together and featured in truly stunning original photographs. These Chicago-area homes, religious spaces, and commercial and public structures give visual meaning to Frank Lloyd Wright s belief that the space within becomes the reality of the building. Beginning with the Clarke House of 1836 and continuing to the present, every type and style of building is presented. Famous residences such as Wright s Robie House and Mies van der Rohe s Farnsworth House are here, but so are more modest (and not so modest) homes by Walter Burley Griffin, George Washington Maher, and Paul Schweikher. The ornate warmth of Adler & Sullivan s Auditorium Building provides striking contrast to the modern, towering underground stacks of Helmut Jahn s Mansueto Library. The soaring Bahá í Temple, by Louis Bourgeois, is elegantly highlighted alongside a humble chapel in St. Procopius Abbey Church, by Edward Dart. And commercial buildings by Daniel Burnham, John Wellborn Root, John Holabird, Martin Roche, and many more reaffirm Chicago s position as a great business center. These architects and their contemporaries have made the Chicago area a mecca for both architects and lovers of architecture from around the world. Text by author Patrick F. Cannon, who has lived and worked in Chicago and its suburbs for more than sixty years, discusses each building s architecture, architect, and place in history. James Caulfield, a noted architectural photographer, leads a visual tour into both the intimate and grand interiors of the Chicago area s finest buildings. Now the duo s fifth book, The Space Within demonstrates that good design comes in many styles. While many of these architectural masterpieces are open to the public, others particularly the private homes can only be seen here.