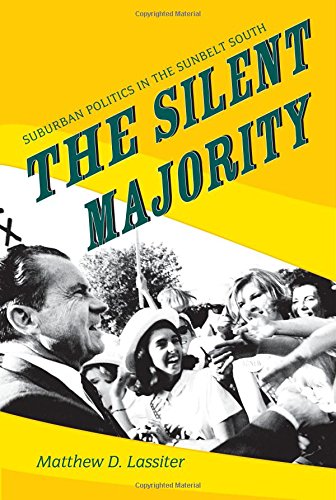 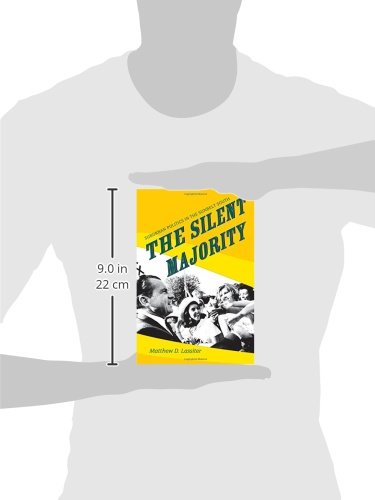 The Silent Majority: Suburban Politics in the Sunbelt South (Politics and Society in Modern America (94))

Suburban sprawl transformed the political culture of the American South as much as the civil rights movement did during the second half of the twentieth century. The Silent Majority provides the first regionwide account of the suburbanization of the South from the perspective of corporate leaders, political activists, and especially of the ordinary families who lived in booming Sunbelt metropolises such as Atlanta, Charlotte, and Richmond.

Matthew Lassiter examines crucial battles over racial integration, court-ordered busing, and housing segregation to explain how the South moved from the era of Jim Crow fully into the mainstream of national currents. During the 1960s and 1970s, the grassroots mobilization of the suburban homeowners and school parents who embraced Richard Nixon’s label of the Silent Majority reshaped southern and national politics and helped to set in motion the center-right shift that has dominated the United States ever since.

The Silent Majority traces the emergence of a “color-blind” ideology in the white middle-class suburbs that defended residential segregation and neighborhood schools as the natural outcomes of market forces and individual meritocracy rather than the unconstitutional products of discriminatory public policies. Connecting local and national stories, and reintegrating southern and American history, The Silent Majority is critical reading for those interested in urban and suburban studies, political and social history, the civil rights movement, public policy, and the intersection of race and class in modern America.