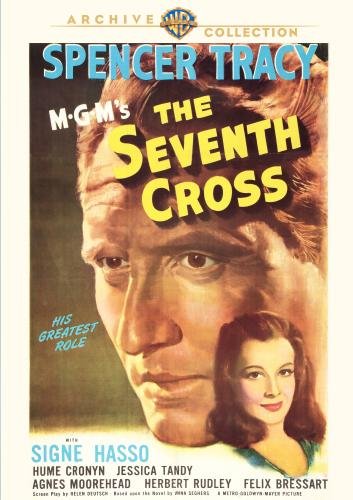 Somewhere in Nazi Germany there is a concentration camp. And in that camp, there are seven crosses, one for each of the men who dared to escape. One by one, the Gestapo hunts the seven down, and returns them to the crosses. And death. Until there is but one cross left. And one man left trying to escape it. Fred Zinnemann (High Noon) directs Spencer Tracy at the head of a terrifically talented ensemble that includes such notables as Hume Cronyn and Jessica Tandy (their first appearance together), Ray Collins, Signe Hasso and Agnes Moorehead. This tense, terse and gripping war-time thriller both plumbs the depths of human depravity and soars to the heights of human charity and sacrifice, as one man’s journey through hell restores his faith in mankind.