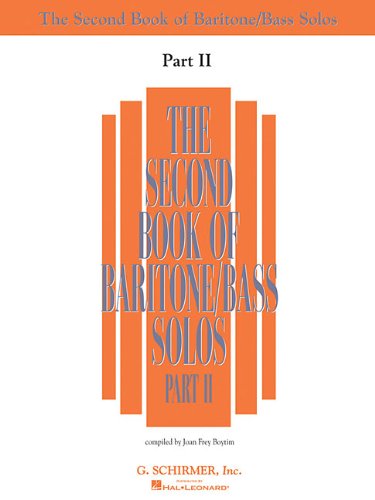 The Second Book of Baritone/Bass Solos Part II: Book Only

The Second Book of Solos, originally released in 1993, is for singers who have taken voice a little longer and are capable of more challenges, but is still decidedly student-level material, and music that can be sung by good high school students

It shares the same features: a deliberate variety of music in different styles and languages, including a few sacred selections, with over 30 songs per book

Learn what other customers say about this product  Read more