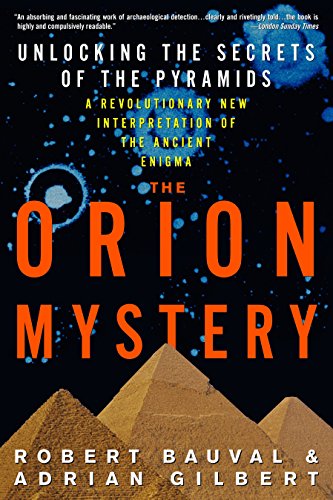 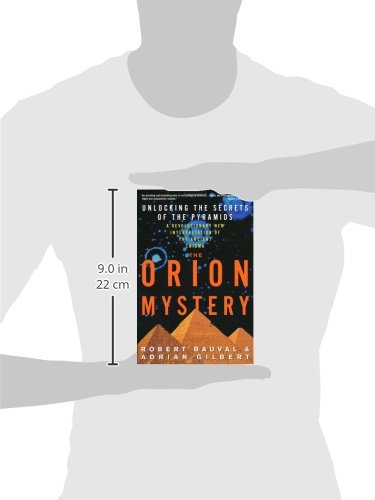 The Orion Mystery: Unlocking the Secrets of the Pyramids

A revolutionary book that explains the most enigmatic and fascinating wonder of the ancient world: the Pyramids of Egypt.

In 1993, German robotics engineer Rudolf Gatenbrink discovered a sealed door within the Great Pyramid of Giza–a door left unopened for 4,500 years. With this discovery, Robert Bauval–who spent the decade prior to the discovery researching the pyramids–and Adrian Gilbert used astronomical data to reveal that more than just tombs, the pyramids were created to serve as a gateway to the stars; in the process, they uncovered what they believe to be the key to the plan that governed the construction of the great pyramids: the Orion Constellation.

“[An] absorbing and fascinating work of archaeological detection…clearly and rivetingly told…the book is highly and compulsively readable.”–London Sunday Times.