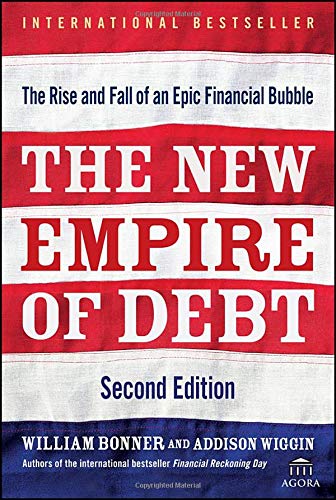 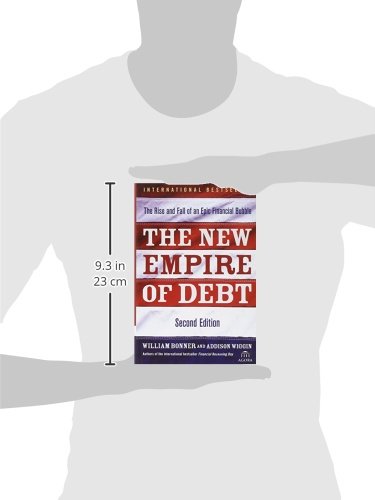 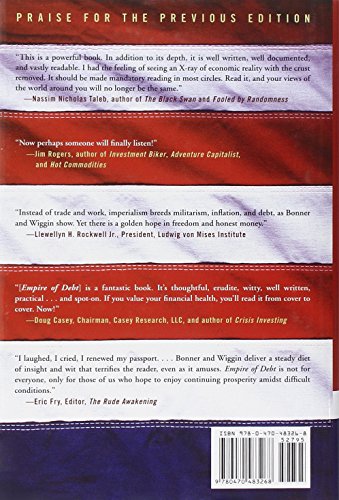 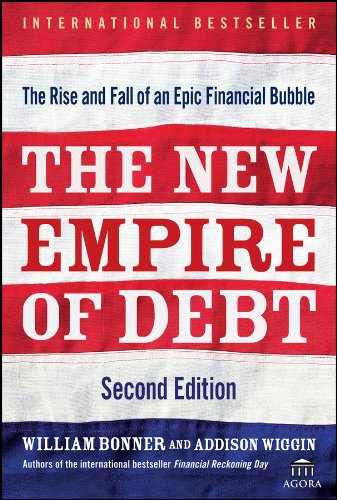 The New Empire of Debt: The Rise and Fall of an Epic Financial Bubble

In The New Empire of Debt, financial writers Bill Bonner and Addison Wiggin return to reveal how the financial crisis that has plagued the United States will soon bring an end to this once great empire.

Throughout the book, the authors offer an updated look at the United States’ precarious position given the recent financial turmoil, and discuss how government control of the economy and financial system-combined with unfettered deficit spending and gluttonous consumption-has ravaged the business environment, devastated consumer confidence, and pushed the global economy to the brink. Along the way, Bonner and Wiggin cast a wide angle lens that looks back in history and ahead to the coming century: showing how dramatic changes in the economic power of the United States will inevitably impact every American.

The United States is heading down a difficult path. The New Empire of Debt clearly shows how this has happened and discusses what you can do to overcome the financial challenges that will arise as the situation deteriorates.