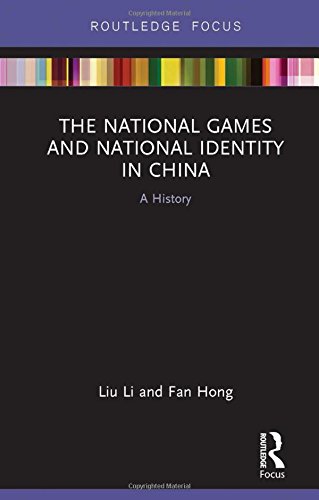 The National Games and National Identity in China: A History (Routledge Focus on Sport, Culture and Society)

The history of China’s National Games reflects both the transformation of elite sport in China and wider Chinese society. This is the first book to describe the origins and development of the National Games through their dynamic relationship with Chinese politics, nationalism and identity in the modern era.

Looking specifically at the role of the National Games in China’s changing social, political and economic circumstances from 1910 to 2009, this book uncovers how the National Games reflected the shifts in state-led nationalist ideologies within three historical eras: the late Qing Dynasty and Republican China (1910-1948), the early People’s Republic of China (1959-1979) and the People’s Republic of China in the post-1980s (1983–2009). It also examines how the National Games were reformed to serve China’s Olympic Strategy in the context of globalization and commercialization from the 1980s onwards. Full of original insights into archive material, each chapter sheds new light on the social, cultural and political significance of this sporting mega-event in the shaping of modern China.

This is fascinating reading for anybody with an interest in the politics, history and culture of China.