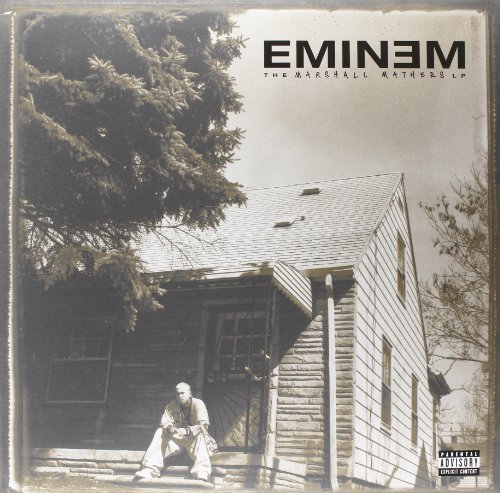 Explicit Version. 2008 Vinyl pressing of The Marshall Mathers LP is the second commercial and third overall studio album released by US Rapper Eminem, released in 2000. Widely seen as his magnum opus, the album sold over 1.76 million copies in its first week, earning a spot in the Guinness Book of World Records as the fastest selling Rap album ever. It went on to sell over 21 million copies worldwide, earning critical acclaim, as well as considerable controversy and protest from groups such as GLAAD for its homophobic and violent lyrics.18 tracks.