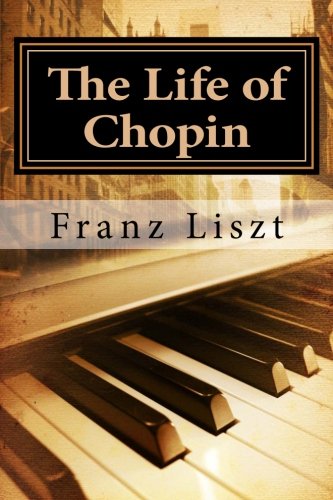 The Life of Chopin

“The Life of Chopin,” by Hungarian composer Franz Liszt, is not so much a biography of Chopin as it is a way of better understanding Liszt and the circumstances of his time. In a fascinating sort of way, “The Life of Chopin” illustrates what romanticism is all about. Though critics of Liszt’s book have assailed it for various literary infractions, it is not without merit. There is much to be learned within its pages about both Chopin and Liszt. Frederic Chopin, a Polish virtuoso pianist and piano composer of the Romantic period, is widely regarded as the greatest Polish composer, and one of the most influential composers for piano in the 19th century. Franz Liszt was a Hungarian composer and virtuoso pianist of the 19th century. He was a renowned performer throughout Europe, noted especially for his showmanship and great skill with the piano. To this day, he is considered by some to have been the greatest pianist in history. As a composer, Liszt was one of the most prominent representatives of the “Neudeutsche Schule” (“New German School”).