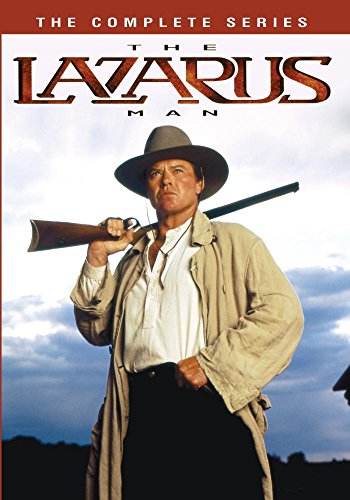 The Lazarus Man: The Complete Series

“Something has happened to me…which I do not understand…and frightens me greatly. For there are only a handful of things I know to be fact at this moment – that this place is called San Sebastian, Texas; that it is autumn of the year 1865; that my age can be estimated at likely 35 to 40 years; and that for all intents and purposes I was born on All Hallow’s Eve. That was five days ago…” Robert Urich stars as The Lazarus Man in this unique Western mystery thriller about a man’s quest for vengeance…and his own identity. The stranger who would come to be called Lazarus digs his way out of the grave Halloween night during the close of the Civil War. Nursed back to health, his memory remains shattered, with fragments and visions of a past filled with menace like the “Derby Hat Man,” and promise, like the “Dark-Haired Woman” who pledges her devotion. And so the Lazarus Man rides alone, in search of his own dark past.