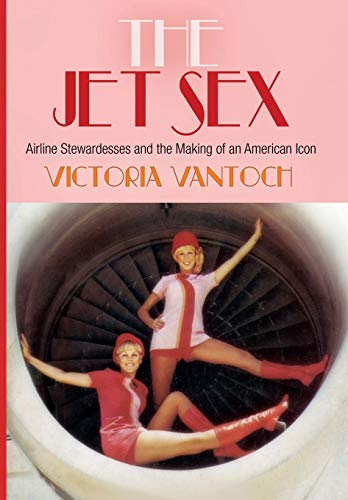 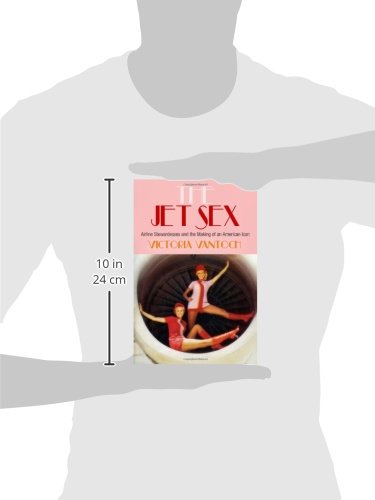 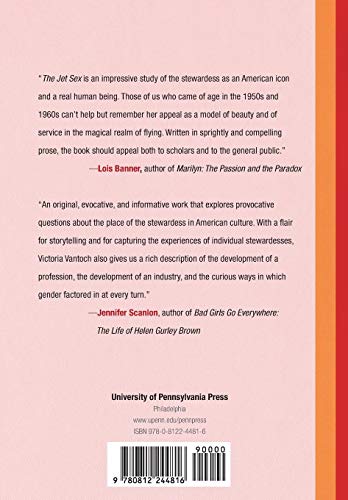 The Jet Sex: Airline Stewardesses and the Making of an American Icon

In the years after World War II, the airline stewardess became one of the most celebrated symbols of American womanhood. Stewardesses appeared on magazine covers, on lecture circuits, and in ad campaigns for everything from milk to cigarettes. Airlines enlisted them to pose for publicity shots, mingle with international dignitaries, and even serve (in sequined minidresses) as the official hostesses at Richard Nixon’s inaugural ball. Embodying mainstream America’s perfect woman, the stewardess was an ambassador of femininity and the American way both at home and abroad. Young, beautiful, unmarried, intelligent, charming, and nurturing, she inspired young girls everywhere to set their sights on the sky.

In The Jet Sex, Victoria Vantoch explores in rich detail how multiple forces—business strategy, advertising, race, sexuality, and Cold War politics—cultivated an image of the stewardess that reflected America’s vision of itself, from the wholesome girl-next-door of the 1940s to the cosmopolitan glamour girl of the Jet Age to the sexy playmate of the 1960s. Though airlines marketed her as the consummate hostess—an expert at pampering her mostly male passengers, while mixing martinis and allaying their fears of flying—she bridged the gap between the idealized 1950s housewife and the emerging “working woman.” On the international stage, this select cadre of women served as ambassadors of their nation in the propaganda clashes of the Cold War. The stylish Pucci-clad American stewardess represented the United States as middle class and consumer oriented—hallmarks of capitalism’s success and a stark contrast to her counterpart at Aeroflot, the Soviet national airline. As the apotheosis of feminine charm and American careerism, the stewardess subtly bucked traditional gender roles and paved the way for the women’s movement. Drawing on industry archives and hundreds of interviews, this vibrant cultural history offers a fresh perspective on the sweeping changes in twentieth-century American life.