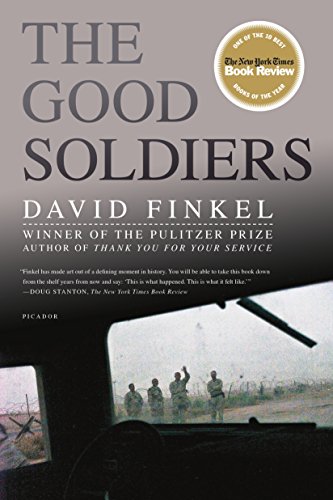 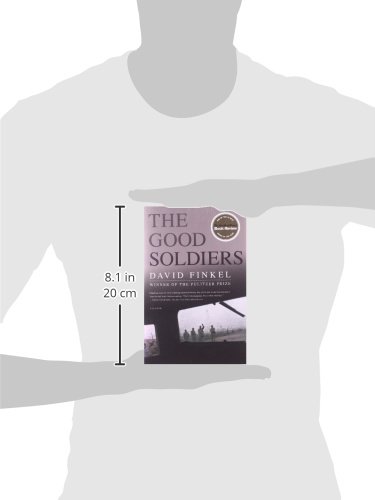 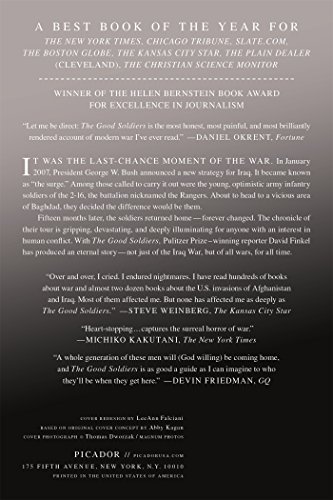 The Prequel to the Bestselling Thank You for Your Service, Now a Major Motion Picture

With The Good Soldiers, Pulitzer Prize-winning reporter David Finkel has produced an eternal story ― not just of the Iraq War, but of all wars, for all time.

It was the last-chance moment of the war. In January 2007, President George W. Bush announced a new strategy for Iraq. It became known as “the surge.” Among those called to carry it out were the young, optimistic army infantry soldiers of the 2-16, the battalion nicknamed the Rangers. About to head to a vicious area of Baghdad, they decided the difference would be them.

Fifteen months later, the soldiers returned home ― forever changed. The chronicle of their tour is gripping, devastating, and deeply illuminating for anyone with an interest in human conflict.

A BEST BOOK OF THE YEAR FOR:
THE NEW YORK TIMES
CHICAGO TRIBUNE
SLATE.COM
THE BOSTON GLOBE
THE KANSAS CITY STAR
THE PLAIN DEALER (CLEVELAND)
THE CHRISTIAN SCIENCE MONITOR
WINNER OF THE HELEN BERNSTEIN BOOK AWARD FOR EXCELLENCE IN JOURNALISM