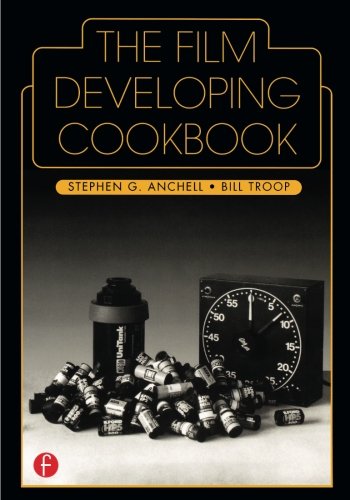 The Film Developing Cookbook is an up-to-date manual for modern film development techniques. While the original Darkroom Cookbook focused entirely on photographic chemicals and formulae, this book concentrates on films, their characteristics, and the developers each requires for maximum control of the resulting image.

Steve’s photographs have been exhibited in galleries and are shown in private collections. He photographs and prints both color and black-and-white with 35mm, 2¼ and large-format ccameras. He has conducted over 80 photographic and darkroom workshops since 1979. Steve is currently the program director for the Photographer’s Formulary Workshops in Condon, Montana. In early 1998, the first collection of his personal work, entitled The Nude at Big Sur, will be published by Whitefish Editions.

· Contains the most current material available on film developing

· A companion volume to the bestselling The Darkroom Cookbook