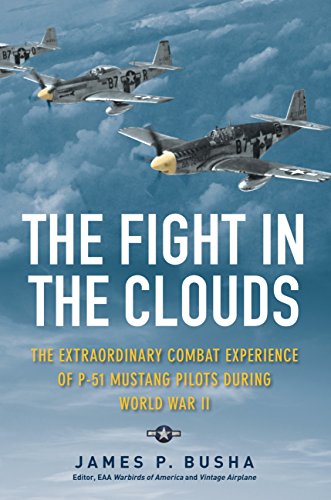 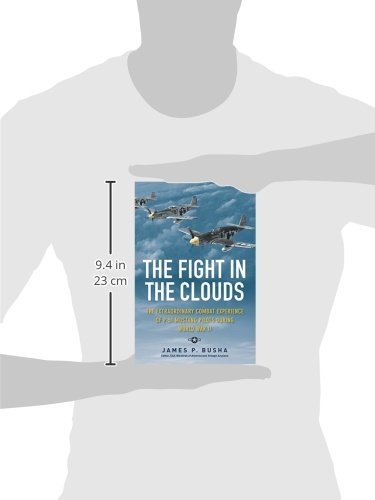 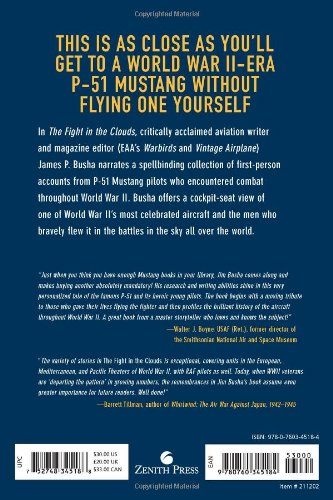 The Fight in the Clouds: The Extraordinary Combat Experience of P-51 Mustang Pilots During World War II

This is as close as you’ll get to a World War II – era P-51 Mustang without flying one yourself. The North American Aviation P-51 Mustang first started appearing in real numbers in 1943, at the climax of the Allied campaign in World War II. Able to fly long ranges, it was the perfect escort, keeping bombers protected all the way from Allied bases in Europe, the Mediterranean, and the Pacific to a variety of Axis industrial targets and military installations and back. The Mustang would go on to provide pivotal air support on D-Day, and by the end of the war, the P-51 would be responsible for nearly half of all enemy aircraft shot down. In The Fight in the Clouds, aviation writer and EAA Warbirds of America editor James P. Busha narrates a spellbinding collection of tales of P-51 Mustang combat throughout the war. Drawing on interviews conducted with dozens of veteran P-51 pilots, the book traces the progress of war through the exciting, chronologically organized experiences of the men who actually flew the planes into war. You’ll encounter Mustangs tangling with Soviet-built Yaks, a Mustang ace shooting down an Me 262 Stormbird, an epic long-range battle over the Pacific Ocean, and a score of other riveting accounts underscoring the P-51’s versatility and its vital importance to the Allied victory. Bolstered by Busha’s own commentary and historical analysis, along with a gallery of rare black-and-white period photographs, The Fight in the Cloudsoffers a cockpit-seat view of one of WWII’s most celebrated aircraft and the men who bravely flew it into harm’s way.