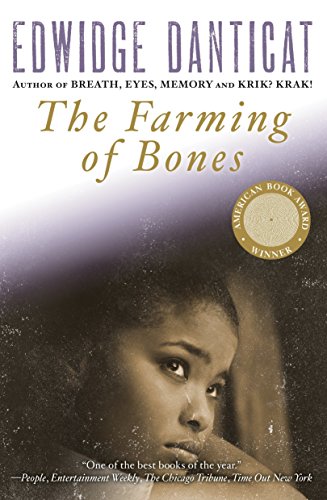 The Farming of Bones

It is 1937 and Amabelle Désir, a young Haitian woman living in the Dominican Republic, has built herself a life as the servant and companion of the wife of a wealthy colonel. She and Sebastien, a cane worker, are deeply in love and plan to marry. But Amabelle’s  world collapses when a wave of genocidal violence, driven by Dominican dictator Rafael Trujillo, leads to the slaughter of Haitian workers. Amabelle and Sebastien are separated, and she desperately flees the tide of violence for a Haiti she barely remembers.

Already acknowledged as a classic, this harrowing story of love and survival—from one of the most important voices of her generation—is an unforgettable memorial to the victims of the Parsley Massacre and a testimony to the power of human memory.