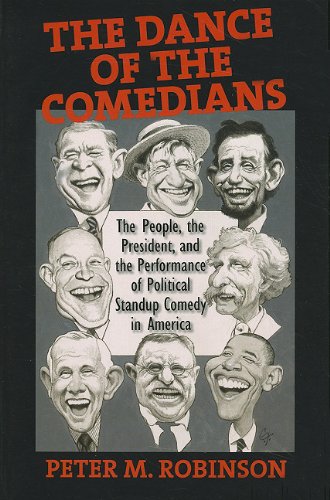 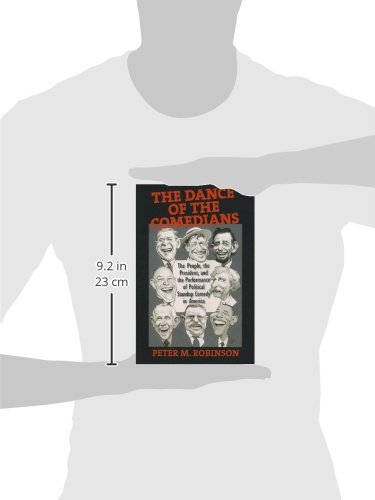 The Dance of the Comedians: The People, the President, and the Performance of Political Standup Comedy in America

Why did Barack Obama court Jon Stewart and trade jokes with Stephen Colbert during the campaign of 2008? Why did Sarah Palin forgo the opportunity to earn votes on the Sunday morning political talk shows but embrace the chance to get laughs on Saturday Night Live? The Dance of the Comedians examines the history behind these questions―the merry, mocking, and highly contested anarchies of standup political comedy that have locked humorists, presidents, and their fellow Americans in an improvisational three-way “dance” since the early years of the American republic.

Peter M. Robinson shows how the performance of political humor developed as a celebration of democracy and an expression of political power, protest, and commercial profit. He places special significance on the middle half of the twentieth century, when presidents and comedians alike―from Calvin Coolidge to Ronald Reagan, from Will Rogers to Saturday Night Live’s “Not Ready for Prime Time Players”―developed modern understandings of the power of laughter to affect popular opinion and political agendas, only to find the American audience increasingly willing and able to get in on the act. These years put the long-standing traditions of presidential deference profoundly in play as all three parties to American political humor―the people, the presidents, and the comedy professionals―negotiated their way between reverence for the office of the presidency and ridicule of its occupants.

Although the focus is on humor, The Dance of the Comedians illuminates the process by which Americans have come to recognize that the performance of political comedy has serious and profound consequences for those on all sides of the punch line.