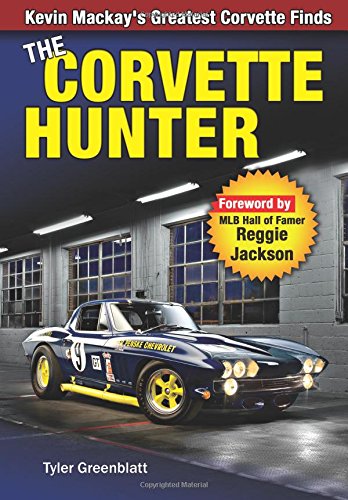 Few authorities in the hobby could be counted on to provide this much entertainment in a single volume.

Discover Kevin Mackay’s stories of finding and restoring valuable Corvettes, including the 1960 Briggs Cunningham Le Mans racer that took first in class, Steve McQueen’s 1966 Corvette, the 1967 Bounty Hunter racer, the 1968 Sunray DX #2 and #3, and chassis #003 from 1953.

It’s hard to imagine that a car with the racing pedigree of the Rebel Corvette could be neglected to the point of it being lost. Winning the GT class at the 1972 12 Hours of Sebring wasn’t enough to keep this car from becoming just another old wreck out behind the shed. It was many years before Kevin Mackay came to rescue this prominent machine.

If you like L88 Corvettes, no one has bought and restored more of them than Kevin Mackay! Finding, documenting, restoring, and selling rare and valuable Corvettes is one of Mackay’s specialties. His business, Corvette Repair Inc., is considered the premier Corvette restoration facility in the country.