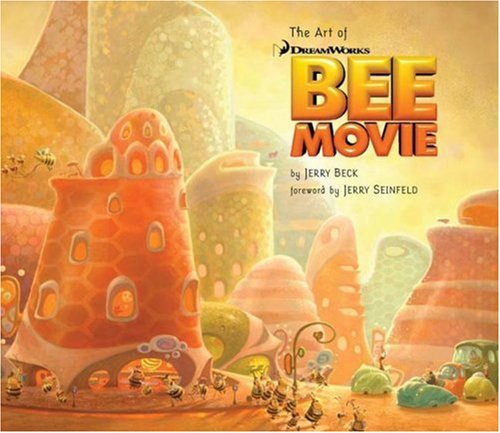 The Art of DreamWorks Bee Movie

From the comic mind of Jerry Seinfeld and the artistic talent of DreamWorks Animation (creators of Shrek), comes Bee Movie. In a hive built around making mon…er…honey, a young, idealistic bee named Barry just doesn’t seem to fit in. On a chance opportunity to venture outside the hive, Barry’s life changes forever when he meets a beautiful florist named Vanessa and discovers an appalling secret: humans have been stealing honey for themselves! The Art of Bee Movie dips into the artistic pot of this hilarious film with more than 300 bee-autiful pieces of art, including sketches, pastels, digital paintings, and clay models. Delicious quotes from the artists, production designers, producers, and Jerry Seinfeld himself will tickle the funny bone and the imagination of all animation fans.