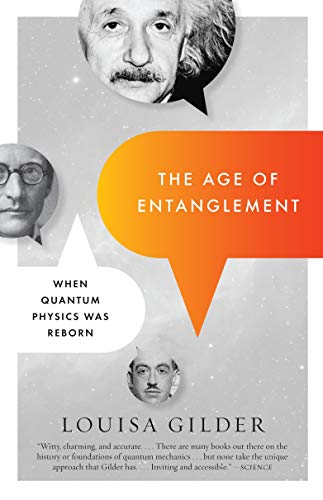 The Age of Entanglement: When Quantum Physics Was Reborn

In The Age of Entanglement, Louisa Gilder brings to life one of the pivotal debates in twentieth century physics. In 1935, Albert Einstein famously showed that, according to the quantum theory, separated particles could act as if intimately connected–a phenomenon which he derisively described as “spooky action at a distance.” In that same year, Erwin Schrödinger christened this correlation “entanglement.” Yet its existence was mostly ignored until 1964, when the Irish physicist John Bell demonstrated just how strange this entanglement really was. Drawing on the papers, letters, and memoirs of the twentieth century’s greatest physicists, Gilder both humanizes and dramatizes the story by employing the scientists’ own words in imagined face-to-face dialogues. The result is a richly illuminating exploration of one of the most exciting concepts of quantum physics.