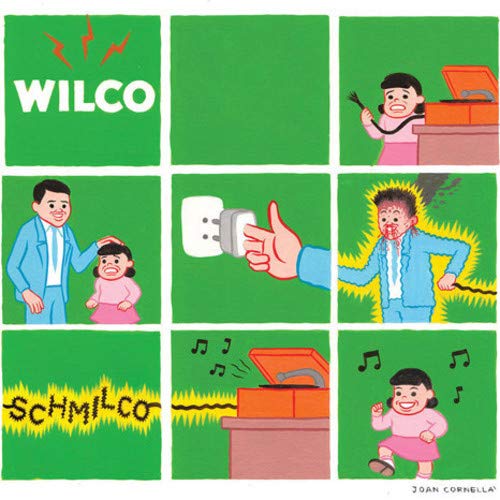 Limited vinyl LP pressing including digital download. 2016 release from the critically-acclaimed alt-rock/Americana outfit. Schmilco is Grammy-award winning Wilco’s tenth studio album and it’s follow up to last year’s Star Wars. The album was record-ed at the band’s Chicago loft and is releases on their own label, dBpm Records. Wilco’s Schmilco is a mostly acoustic record, but that doesn’t mean it’s a tame one. It bears neither the vicious, fuzz-glam guitars of 2015’s Star Wars, nor the dazzling, baroque-ish ar-rangements that fans have come to expect. But in their place is a spaciousness and chaos that might feel welcome after twenty-some years of enjoyed but now-familiar Wilco releases. Schmilco is loose, and that’s a good thing.