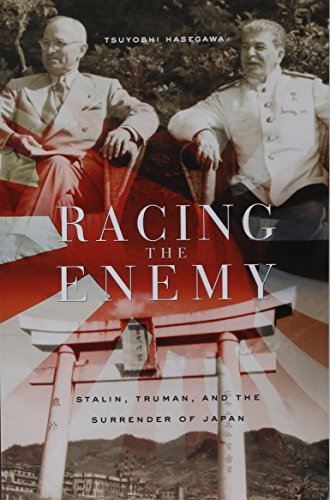 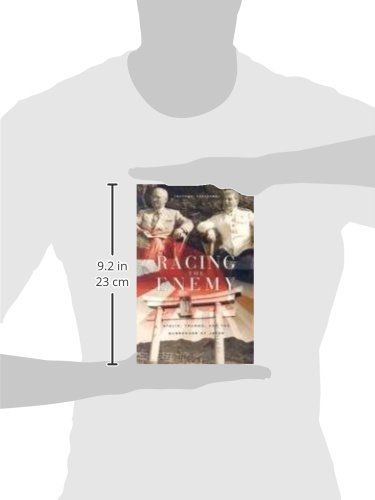 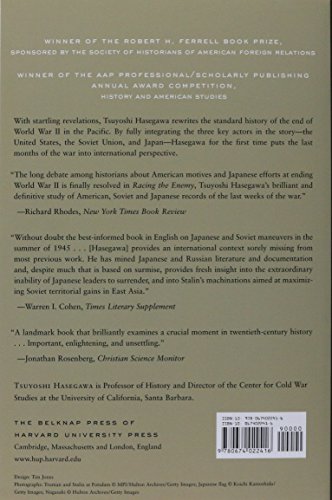 Racing the Enemy: Stalin, Truman, and the Surrender of Japan

With startling revelations, Tsuyoshi Hasegawa rewrites the standard history of the end of World War II in the Pacific. By fully integrating the three key actors in the story–the United States, the Soviet Union, and Japan–Hasegawa for the first time puts the last months of the war into international perspective.

From April 1945, when Stalin broke the Soviet-Japanese Neutrality Pact and Harry Truman assumed the presidency, to the final Soviet military actions against Japan, Hasegawa brings to light the real reasons Japan surrendered. From Washington to Moscow to Tokyo and back again, he shows us a high-stakes diplomatic game as Truman and Stalin sought to outmaneuver each other in forcing Japan’s surrender; as Stalin dangled mediation offers to Japan while secretly preparing to fight in the Pacific; as Tokyo peace advocates desperately tried to stave off a war party determined to mount a last-ditch defense; and as the Americans struggled to balance their competing interests of ending the war with Japan and preventing the Soviets from expanding into the Pacific.

Authoritative and engrossing, Racing the Enemy puts the final days of World War II into a whole new light.