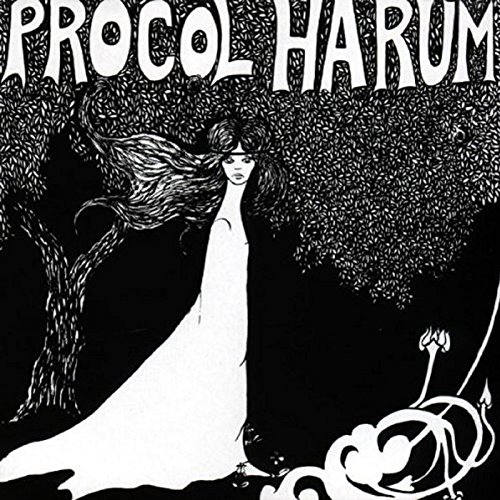 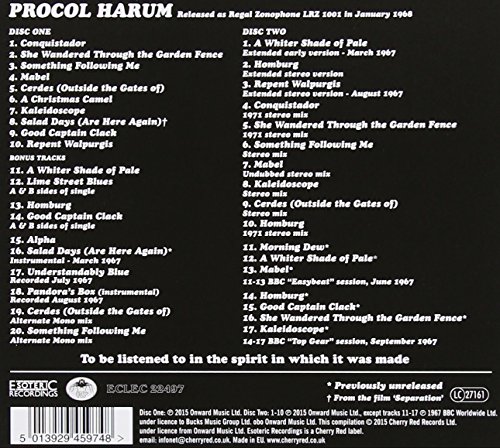 2CD deluxe expanded & remastered edition! Esoteric Recordings are proud to announce the release of a newly re-mastered and expanded edition of the classic 1968 self-titled debut album by PROCOL HARUM. Released in January 1968, the record followed on from the huge international success of the band’s debut single A Whiter Shade of Pale and the follow up single Homburg. One of the finest releases of the era Procol Harum captured the exquisite song writing of Gary Brooker and Keith Reid and the excellence of the musicians in the group, namely Gary Brooker (voice, piano), Robin Trower (lead guitar), David Knights (bass guitar), B.J. Wilson (drums) and Matthew Fisher (Hammond organ). The overall result was a collection of songs that would prove to be truly ground breaking, despite only having being released in Mono at the insistence of producer Denny Cordell. Newly re-mastered from the original tapes, this Deluxe edition of Procol Harum has been expanded to include 27 bonus tracks (8 previously unreleased) over two CDs, including the classic singles A Whiter Shade of Pale, Homburg, along with rare B-sides, alternate session takes and stereo mixes and seven previously unreleased BBC Radio sessions from June and September 1967. This expanded deluxe edition of Procol Harum also includes a lavishly illustrated booklet that fully restores the original album artwork and features a new essay by Procol Harum biographer Henry Scott-Irvine, along with a facsimile promotional shop poster for the release of the album in January 1968.