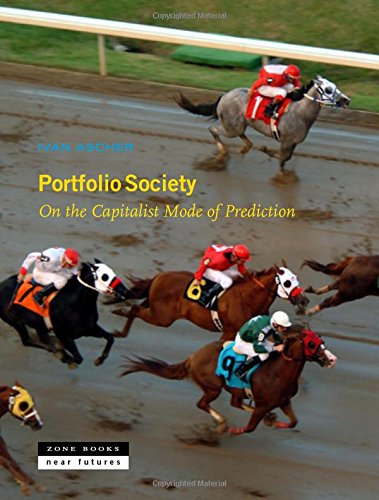 Portfolio Society: On the Capitalist Mode of Prediction (Zone / Near Futures)

As financial markets expand and continue to refashion the world in their own image, the wealth of capitalist societies no longer presents itself, as it did to Karl Marx in the nineteenth century, as a “monstrous collection of commodities.” Instead, it appears as an equally monstrous collection of financial securities, and the critique of political economy must proceed accordingly. But what would it mean to write Capital in the twenty-first century? Are we really to believe that risk, rather than labor, is now regarded as the true fount of economic value? Can it truly be the case that the credit relation — at least in the global North — has replaced the wage relation as the key site of exploitation and political struggle? And finally, if precarity is indeed the name of today’s proletarian condition, what possible future does it actually portend, what analysis does it require?

Through a series of creative substitutions, in Portfolio Society Ivan Ascher extends Marx’s critical project in bold and unexpected ways. In this work, Ascher demystifies crucial dimensions of contemporary finance and considers the predicaments of societies whose own future is now shaped by volatile financial markets. In the end, we may find that much has changed and much has not; relations of domination endure, and mystifications abound, but the devil is in the details, and that is where Ascher directs our attention. At once a critique of modern finance and of the societies under its spell, Portfolio Society succeeds in revealing the potential limits of Capital, while reveling still in its limitless potential.