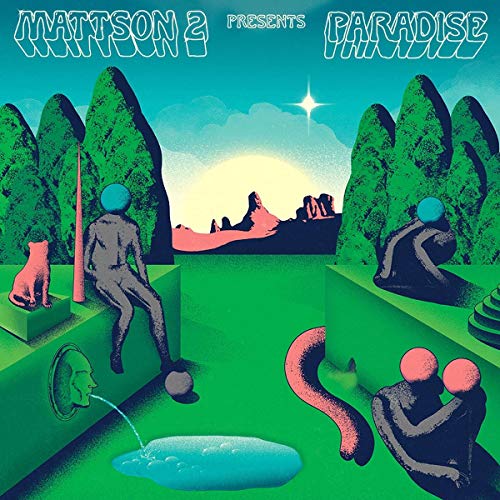 Paradise is the Mattson 2’s second release on Chaz Bear’s (fka Chaz Bundick, aka Toro y Moi) Company Records, and first without Bear as a member of the band. The identical twins, Jared (guitars) and Jonathan (drums), have left their trademark virtuosity on display; within the 32-minute runtime they’ve managed to capture the arc of an entire relationship between two people. It’s the first album they’ve written and recorded in their home, which is a wooden cabin in the hills of San Diego. You can hear the sun in the keyboards, in the 80s-inflected jazz. The singing is new, too. They’ve been playing shows for 15 years without any vocals; on Paradise, though, the twins have added their voices to the mix, which adds a welcome new human dimension to the record.