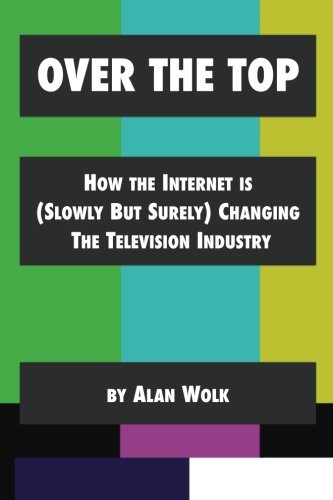 Over The Top: How The Internet Is (Slowly But Surely) Changing The Television Industry

Television is the last mass medium to be disrupted by the Internet. Given the intricacies of the industry, it’s also going to be the most resistant to change. Alan Wolk, an industry veteran and longtime analyst and observer, lays out how the television industry is adapting to the digital era, explaining what’s really happening in a tone that will appeal to laypeople and insiders alike.

In the first section, Wolk takes us through how the industry works today, focusing on how the various players actually make money and who pays who for what. The next section deals with the changes that are taking place in the industry today–everything from time shifting to binge viewing to cord cutting–and how those changes are starting to create some seismic shifts. In the final section, Wolk reveals his predictions for the future and what the industry will look like in ten years time.

Andrew Wallenstein, co-editor-in-chief of Variety says “Alan Wolk is one of the most insightful observers writing about the media business today. There’s no better expert to help you navigate the confusing, complicated nexus of TV and the Internet.”

David Zaslav, President and CEO of Discovery Communications says “Alan Wolk has a deep understanding of the complex nature of television today… this is a fantastic primer of the business and one of the most educated perspectives on the future of our rapidly evolving industry.”

Adweek says “If you know anything about television, you probably know Alan Wolk.”

Writing in a cover story for The New York Review of Books, Slate Editor-In-Chief Jacob Weisberg said “[to find an evidence-based analysis] [a]n excellent place to start is Alan Wolk’s book Over the Top: How the Internet Is (Slowly but Surely) Changing the Television Industry.