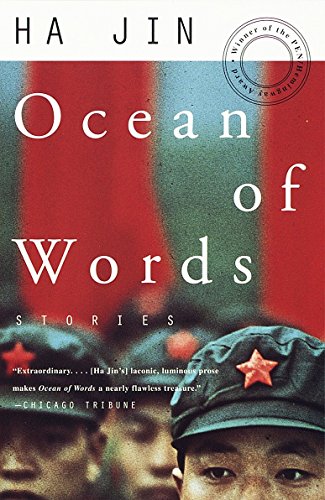 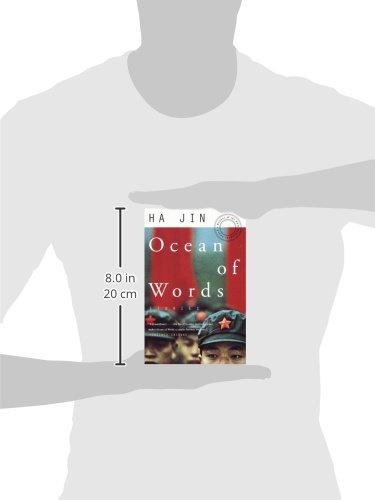 Winner of the PEN/Hemingway Award

The place is the chilly border between Russia and China. The time is the early 1970s when the two giants were poised on the brink of war. And the characters in this thrilling collection of stories are Chinese soldiers who must constantly scrutinize the enemy even as they themselves are watched for signs of the fatal disease of bourgeois liberalism.

In Ocean of Words, the Chinese writer Ha Jin explores the predicament of these simple, barely literate men with breathtaking concision and humanity. From amorous telegraphers to a pugnacious militiaman, from an inscrutable Russian prisoner to an effeminate but enthusiastic recruit, Ha Jin’s characters possess a depth and liveliness that suggest Isaac Babel’s Cossacks and Tim O’Brien’s GIs. Ocean of Words is a triumphant volume, poignant, hilarious, and harrowing.

“A compelling collection of stories, powerful in their unity of theme and rich in their diversity of styles.” —New York Times Book Review

“Extraordinary. . . . [These stories are shot through with wit and offer glimpses of human motivation that defy retelling. . . . Read them all.” —Boston Globe