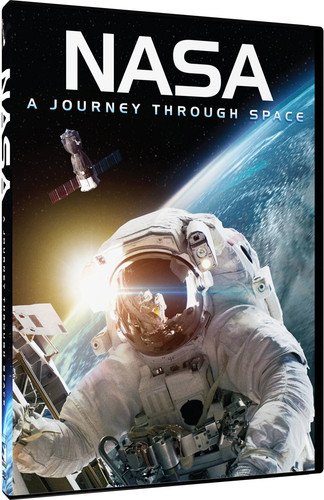 From the maker of Guns: The Evolution of Firearms and Emancipation Road

On May 25, 1961, President John F. Kennedy made a historic speech where he pledged to send astronauts to the moon before the end of the decade. Eight years later, on July 20, 1969, Apollo commander Neil Armstrong stepped out of the lunar module and made a giant leap for mankind – a step that symbolized one of the most remarkable feats in human history.

From that moment on, the exploration of our universe has achieved unimaginable feats with hundreds of missions stretching light years into the distant galaxy. This exciting documentary series takes you on the incredible journey of the past, present and future of NASA that shaped the 20th Century and will boldly go further in the 21st Century and beyond!

The History of Flying & the Space Race
Operation: Lift Off
Shooting for the Moon