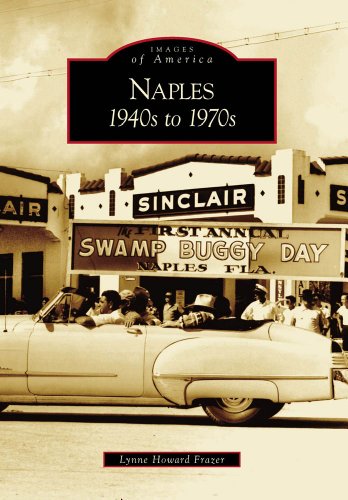 Naples was not much more than a bend in the road in the 1940s, but by 1950, its beautiful beaches and balmy weather had been rediscovered, and development and tourism became the city’s lifeblood. Although Hurricane Donna struck Naples in 1960, the building boom continued, and by the late 1970s, few undeveloped areas remained. The last large gulf-front parcel was acquired in 1972 for the development of a new luxury community called Pelican Bay. More than 200 images offer insight into this rarely chronicled period of Naples’s history, including seldom-seen historic photographs from the archives of the Naples Daily News (formerly the Collier County News) and vintage postcards from the collection of Nina Heald Webber.