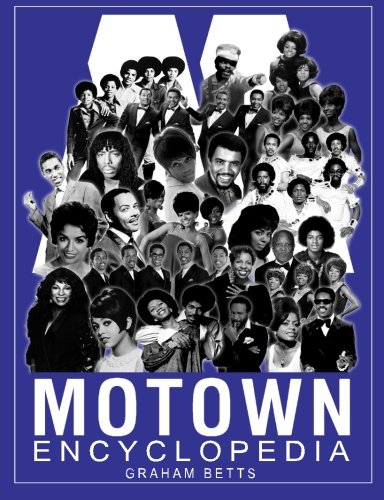 Motown means different things to different people. The mere mention of perhaps the most iconic record label in history is often enough to invoke memories and mental images of Marvin Gaye, Diana Ross, Stevie Wonder, The Temptations, The Jackson 5, The Supremes and numerous others. With each group recalled, there is an accompanying piece of music of the mind, from ‘Baby Love’, ‘My Girl’, ‘Signed Sealed Delivered’, ‘I Heard It Through The Grapevine’, ‘ABC’ and ‘Tears Of A Clown’ and countless more. Quite often, you can ask people what kind of music they like and they will simply answer ‘Motown’, and both they, and you, know exactly what is meant. Or rather, what is implied. The Motown they are invariably thinking of is the label that dominated the charts in the mid 1960s with a succession of radio friendly, dance orientated hits, most of which were written and produced by the trio of Brian Holland, Lamont Dozier and Eddie Holland. This period is referred to, naturally enough, as the Golden Era, when Motown was not only the dominant force in its home city of Detroit but carried The Sound of Young America all around the world. The kind of music that had them Dancing In the Street from Los Angeles to London, Miami to Munich and San Francisco to Sydney. It was the kind of music that attracted scores of imitators; some good, some not so good. The kind of music that appealed to the public and presidents alike, and still does. It was that Motown that this book was intended to be about. However, when you start digging deeper into the Motown story, you realise that throughout its life (which, for the purposes of this book, is its formation in 1959 through to its sale in 1988) it was constantly trying other musical genres, looking to grab hits out of jazz, country, pop, rock, middle of the road and whatever else might be happening at the time. Of course it wasn’t particularly successful at some of the other genres, although those who claim Motown never did much in the rock market conveniently overlook the healthy sales figures achieved by Rare Earth, the group, and focus instead on the total sales achieved on Rare Earth, the label. This book, therefore, contains biographies of all 684 artists who had releases on Motown and their various imprints, as well as biographies of 16 musicians, 23 producers, 19 writers and 13 executives. There are also details of the 50 or so labels that Motown owned, licensed to or licensed from. All nine films and the 17 soundtracks are also featured. Every Motown single and album and EP that made the Top Ten of the pop charts in either the US or UK also have their own entries, with 222 singles, 84 albums and five EPs being featured. Finally, there are 36 other entries, covering such topics as the Hollywood Walk of Fame, the Motortown Revues, Grammy Awards and the most played Motown songs on radio. The 1,178 entries cover every aspect of Motown and more – of the link between Granny in The Beverly Hillbillies and Wonder Woman, of the artists from Abbey Tavern Singers to Zulema, and the hits from ‘ABC’ to ‘You Really Got A Hold On Me’. The Motown Encyclopedia is the story of Motown Records; Yesterday, Today, Forever.