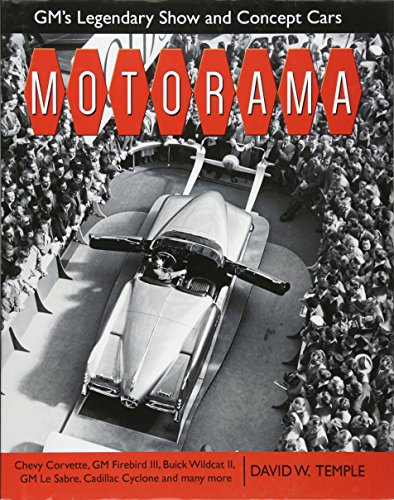 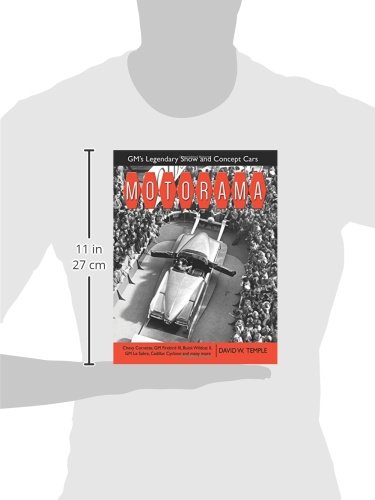 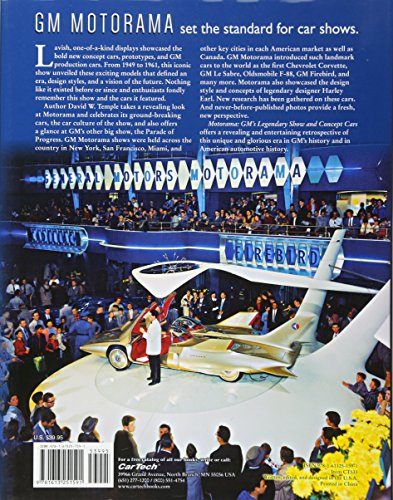 In an age of unbridled American enthusiasm and towering industrial might, the GM Motorama was a dazzling and elegant show that was unlike any automotive event before it or since. General Motors staged extravagant and elaborate Motorama shows that rivaled some fashion shows. It showcased some of the most revolutionary and innovative prototype and dream cars ever built. And it captured the imagination of the car-buying public from 1950 to 1961.

Motorama expert and experienced author David Temple has comprehensively researched the show, the cars, and the personalities to create a fascinating new story with many new photos of these magnificent cars. Because television was in its infancy, GM’s President Alfred Sloan believed that the Motorama was the most effective way to market GM products and design prowess. Legendary stylist Harley Earl led a talented group of designers and engineers to dream up, style, and develop some of the most remarkable prototype cars of all time. While current production Buick, Chevy, Cadillac, and Pontiac cars were showcased, the bold, radical, awe-inspiring prototype and dream cars stole the show. These included the GM Le Sabre, replete with aerospace design and an aluminum engine; the fiberglass-bodied Corvette dream car, which went into production after overwhelmingly positive response; and the jet engine-powered Firebird. Temple goes into fascinating detail on the body, frame, engine, drivetrain, and all the special features of each model. He has also retraced the ownership histories of some of these cars.

Within the pages of this volume, you get to relive this glorious era of automotive history and revisit the advanced show cars that inspired so many new models. This book features fascinating period photography of Motorama cars at the show, in development, and at different locales. No other automotive show rivaled the Motorama for stunning productions and awe-inspiring cars, which makes this a must-have book.
This book is a 2015 International Automotive Media Competition (IAMC) Gold Medal Winner.