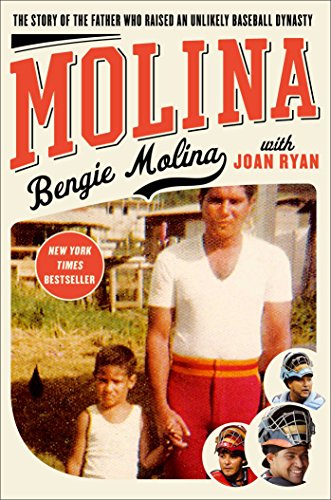 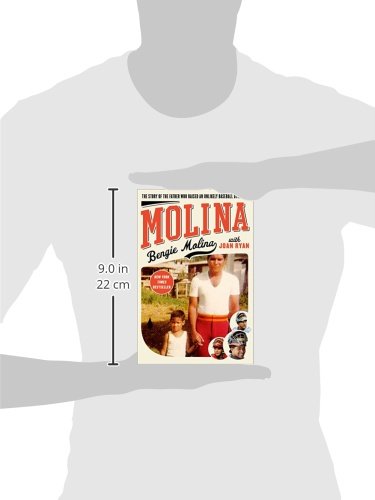 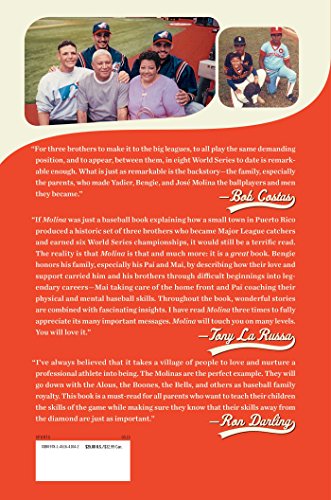 Molina: The Story of the Father Who Raised an Unlikely Baseball Dynasty

“It’s this year’s baseball book most likely to be made into a terrific movie.” —The Chicago Tribune

A baseball rules book. A tape measure. A lottery ticket.

These were in the pocket of Bengie Molina’s father when he died of a heart attack on the rutted Little League field in his Puerto Rican barrio. The items serve as thematic guideposts in Molina’s beautiful memoir about his father, who through baseball taught his three sons about loyalty, humility, courage, and the true meaning of success.

Bengie and his two brothers—Jose and six-time All-Star Yadier—became famous catchers in the Major Leagues and have six World Series championships among them. Only the DiMaggio brothers can rival the Molinas as the most accomplished siblings in baseball history.

Bengie was the least likely to reach the Majors. He was too slow, too sensitive, and too small. But craving his beloved father’s respect, Bengie weathered failure after deflating failure until one day he was hoisting a World Series trophy in a champagne-soaked clubhouse. All along he thought he was fulfilling his father’s own failed dream of baseball glory—only to discover it had not been his father’s dream at all.

Written with the emotional power of sports classics such as Field of Dreams and Friday Night Lights, Molina is a love story between a formidable but flawed father and a son who, in unearthing answers about his father’s life, comes to understand his own.