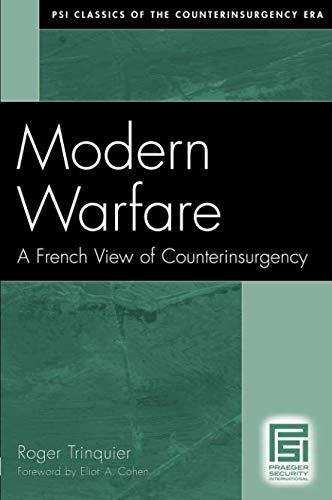 This volume in the Praeger Security International (PSI) series Classics of the Counterinsurgency Era reveals how French officers who served in Indochina, like the author, Roger Trinquier, fought fierce rear-guard actions against ideologically motivated insurgents in the 1940s and 1950s to a far greater extent than their American counterparts later faced in Vietnam. The lack of coherent strategic direction from Paris in the chaotic years of the Fourth Republic left the military with the task of making political decisions in the field. With the original introduction by Bernard B. Fall and a new foreword prepared by Eliot A. Cohen.