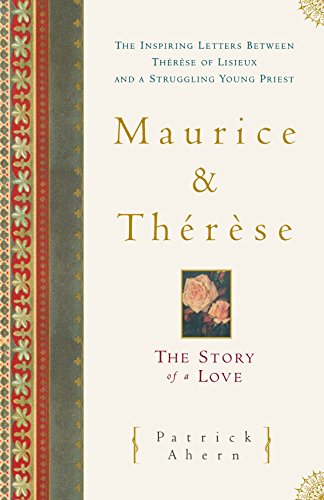 Maurice and Therese: The Story of a Love

As Saint Therese lay dying in the Carmel of Lisieux, she overheard a conversation that amused her. Outside her window, two nuns were discussing what they could write in her obituary that could possibly be of any interest, since the twenty-four-year-old nun had never done anything worth noting. Therese was pleased, for she had always kept a low profile. With the posthumous publication of her spiritual autobiography in 1898, however, that low profile would vanish instantly. She became one of the most beloved saints of all time, and her influence will expand dramatically because of Pope John Paul II’s declaration that she is a Doctor of the Church. Amid growing interest in her writings comes the collected correspondence between her and a humble young seminarian, Maurice Belliere. Though they never met in person, they exchanged twenty-one letters that opened a window on the heart of Saint Therese that would have remained forever closed had Maurice not written to the Mother Superior at the convent asking for a nun to pray for him. The Mother Superior chose Therese, and in these conversational letters the Little Flower reveals herself in a way that we would never have known from her autobiography. In his accompanying text, Bishop Patrick Ahern expertly leads the reader into the worlds of Maurice and Therese and reveals the full beauty of this saint’s spirituality.