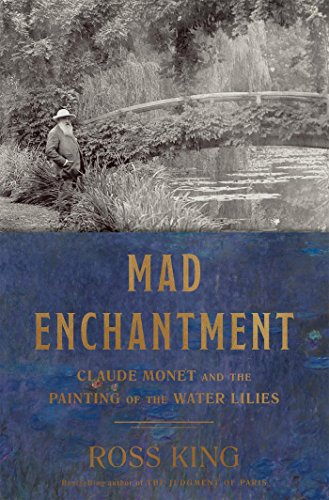 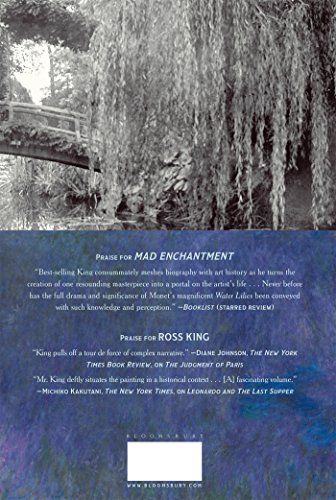 Mad Enchantment: Claude Monet and the Painting of the Water Lilies

From bestselling author Ross King, a brilliant portrait of legendary artist Claude Monet and the story of his most memorable achievement, the water lilies.

Claude Monet is perhaps the world’s most beloved artist, and among all his creations, the paintings of the water lilies in his garden at Giverny are most famous. Seeing them in museums around the world, viewers are transported by the power of Monet’s brush into a peaceful world of harmonious nature. Monet himself intended them to provide “an asylum of peaceful meditation.” Yet, as Ross King reveals in his magisterial chronicle of both artist and masterpiece, these beautiful canvases belie the intense frustration Monet experienced at the difficulties of capturing the fugitive effects of light, water, and color. They also reflect the terrible personal torments Monet suffered in the last dozen years of his life.

Mad Enchantment tells the full story behind the creation of the Water Lilies, as the horrors of World War I came ever closer to Paris and Giverny, and a new generation of younger artists, led by Henri Matisse and Pablo Picasso, were challenging the achievements of Impressionism. By early 1914, French newspapers were reporting that Monet, by then 73 and one of the world’s wealthiest, most celebrated painters, had retired his brushes. He had lost his beloved wife, Alice, and his eldest son, Jean. His famously acute vision–what Paul Cezanne called “the most prodigious eye in the history of painting”–was threatened by cataracts. And yet, despite ill health, self-doubt, and advancing age, Monet began painting again on a more ambitious scale than ever before. Linking great artistic achievement to the personal and historical dramas unfolding around it, Ross King presents the most intimate and revealing portrait of an iconic figure in world culture–from his lavish lifestyle and tempestuous personality to his close friendship with the fiery war leader Georges Clemenceau, who regarded the Water Lilies as one of the highest expressions of the human spirit.