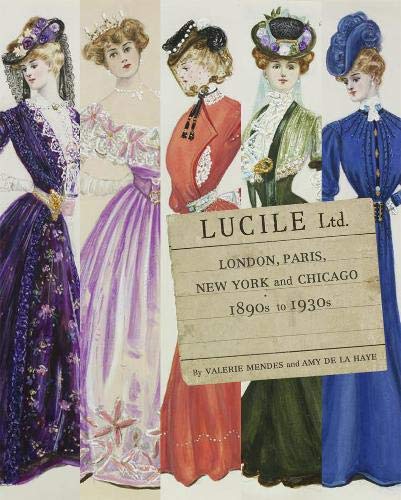 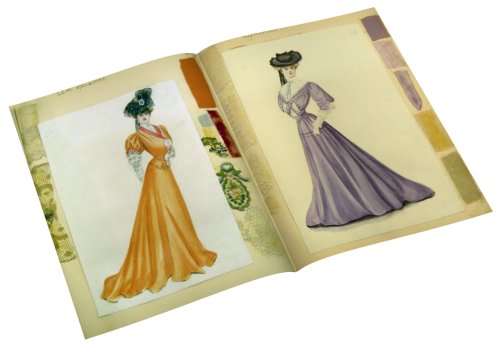 In the early 20th century, Lucile, Lady Duff Gordon (1863-1935), was an international fashion sensation. She created some of the most lavish, provocative, and controversial fashions of the Edwardian era, lingerie, tea-gowns and evening-wear that attracted famous beauties like Lillie Langtry and Mary Pickford. A flamboyant and eccentric character who survived the sinking of the Titanic, wrote a column for Hearst newspapers, and designed costumes for the Ziegfeld Follies, Lucile also trained the first professional fashion models, staged the first runway shows, and introduced revolutionary elements to women’s dress such as lower necklines, slit skirts, and less-restrictive corsets.
This fascinating and long-overdue study of Lucile’s work includes a remarkable facsimile of her Fall 1905 fashion album, printed on special paper, and featuring over 60 watercolor illustrations and reproductions of luxurious fabric samples and trimmings. The book also draws on Lucile’s own autobiography, Discretions and Indiscretions, a captivating window into the rarefied world of high Edwardian society and the extraordinary mind of one its most notable characters.
Read more
Learn what other customers say about this product Read more