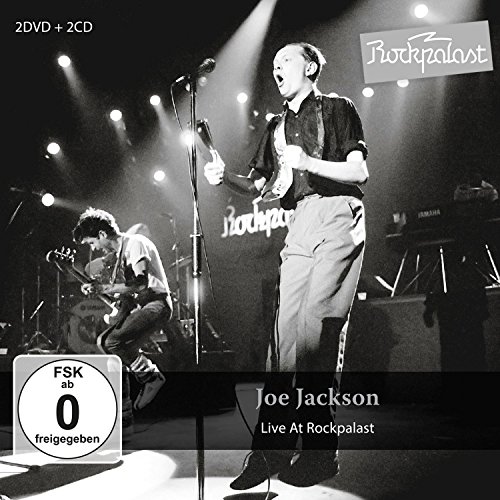 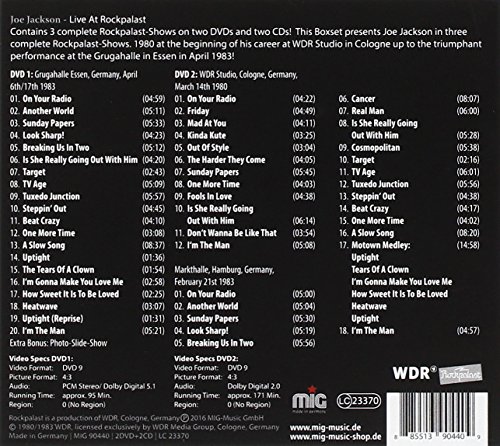 There are very few documents on film that present rock artists at the zenith of their career and even fewer that cast a light on the beginning.For the album I’m The Man he posed as a black market peddler and kept singing tunes of anger and revenge, this time added by wonderful ballads like It’s Different for Girls and Amateur Hour. This period shows the first Rockplast performance in March 1980. The show at Hamburg Markthalle in February 1983 presents the artist at the height of his possibilities: The Latin rhythms of Target, TV Age and Another World delighted spectators when nobody thought about something like world music. Sue Hadjopoulos swirled around congas, bongos and xylophone, Joy Askew and Ed Rynesdal played keyboards. The triumphant performance at the Grugahalle Essen in April 1983 ended Jackson’s most successful period. The 60’s Motown medley of the show – Tears of a Clown, Uptight, Heatwave – was presented a quarter of a century before everybody (and Phil Collins) dabbled at this great heritage. Finally released in new format, contains 2 DVDs and two CDs, as well as a booklet with lots of fotos and extended linernotes!