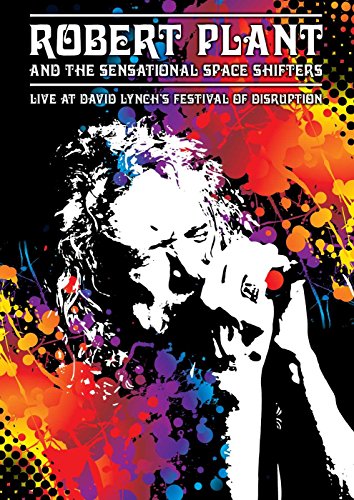 Robert Plant formed his current band The Sensational Space Shifters in 2012 and has been recording and touring with them ever since. Robert Plant has always introduced music from many cultures into his work and the Sensational Space Shifters blend of African rhythms and melodies, rock music, and folk roots is his latest incarnation. In October 2016 they took part in David Lynch’s inaugural Festival of Disruption at the Ace Hotel Theater in Los Angeles, an event that raised funds for The David Lynch Foundation. The set featured tracks from the band’s 2014 album Lullaby and…The Ceaseless Roar alongside fascinating Space Shifters re-workings of Led Zeppelin classics. The performance gets a rapturous reception from the packed theatre audience and is now released on DVD.