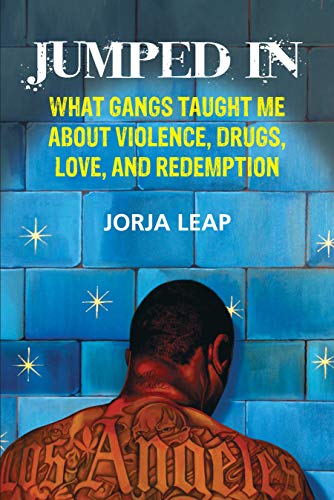 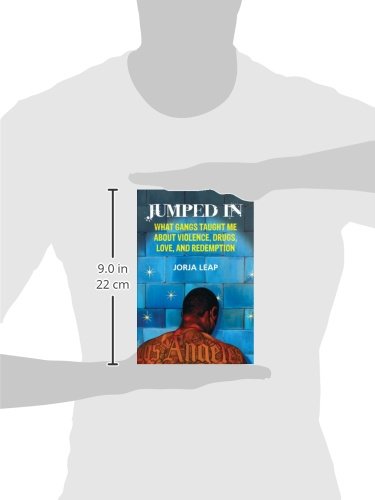 Jumped In: What Gangs Taught Me about Violence, Drugs, Love, and Redemption

When Jorja Leap began studying Los Angeles gang violence in 2002, she encountered a myriad of proposed solutions to the seemingly intractable “gang problem” and set out to discover what was really going on. The stakes—then and now—could not be higher: a child or teenager is killed by gunfire every three hours—and homicide is the leading cause of death for African American males between the ages of fifteen and thirty-four.

In Jumped In, Leap brings us stories that reach behind the statistics and sensational media images to the real lives of those stuck in—and trying to escape— “la vida loca.” With the eye of an anthropologist and a heart full of compassion, this small, tough woman from UCLA travels some of the most violent and poverty-stricken neighborhoods, riding along in police cruisers and helicopters, and talking with murderers and drug dealers, victims and grieving mothers.

Through oral histories, personal interviews, and eyewitness accounts of current and former gang members, as well as the people who love and work alongside them, readers come to understand both the people pulled into gangs and those trying mightily to forge alternatives and help their community. In delving into the personal lives of current and former gang members, Leap aims not only to find out what leads them to crime and how to deal most effectively with gang activity, but also to hear the voices of those most often left out of the political conversation and to learn from leaders who offer a different kind of hope, through community outreach and jobs programs.

As she forges lasting friendships in this community and becomes immersed in others’ triumphs and tragedies, Leap’s personal and professional lives intersect in sometimes incendiary ways. With a husband in the Los Angeles Police Department and a daughter in adolescence, she faces plenty of family dilemmas herself. Ultimately, Jumped In is a chronicle of the unexpected lessons gang members taught her while she was busily studying them, and how they changed her forever.