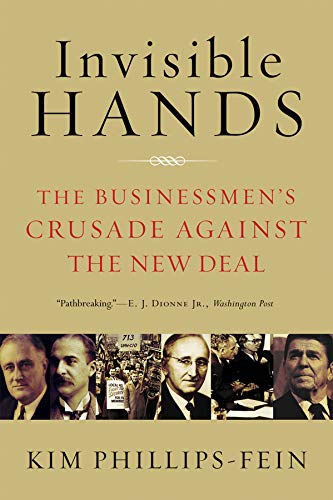 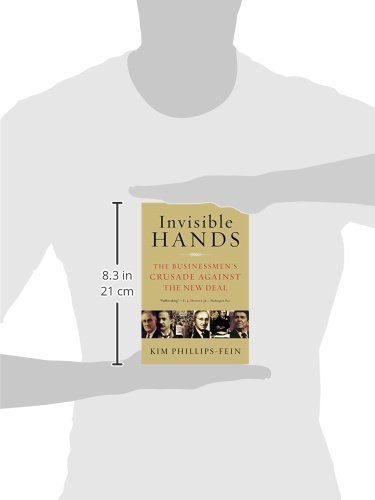 Invisible Hands: The Businessmen’s Crusade Against the New Deal

“A compelling and readable story of resistance to the new economic order.” ―Boston Globe

In the wake of the profound economic crisis known as the Great Depression, a group of high-powered individuals joined forces to campaign against the New Deal―not just its practical policies but the foundations of its economic philosophy. The titans of the National Association of Manufacturers and the chemicals giant DuPont, together with little-known men like W. C. Mullendore, Leonard Read, and Jasper Crane, championed European thinkers Friedrich von Hayek and Ludwig von Mises and their fears of the “nanny state.” Through fervent activism, fundraising, and institution-building, these men sought to educate and organize their peers as a political force to preserve their profit margins and the “American way” of doing business. In the public relations department of General Electric, they would find the perfect spokesman: Ronald Reagan.